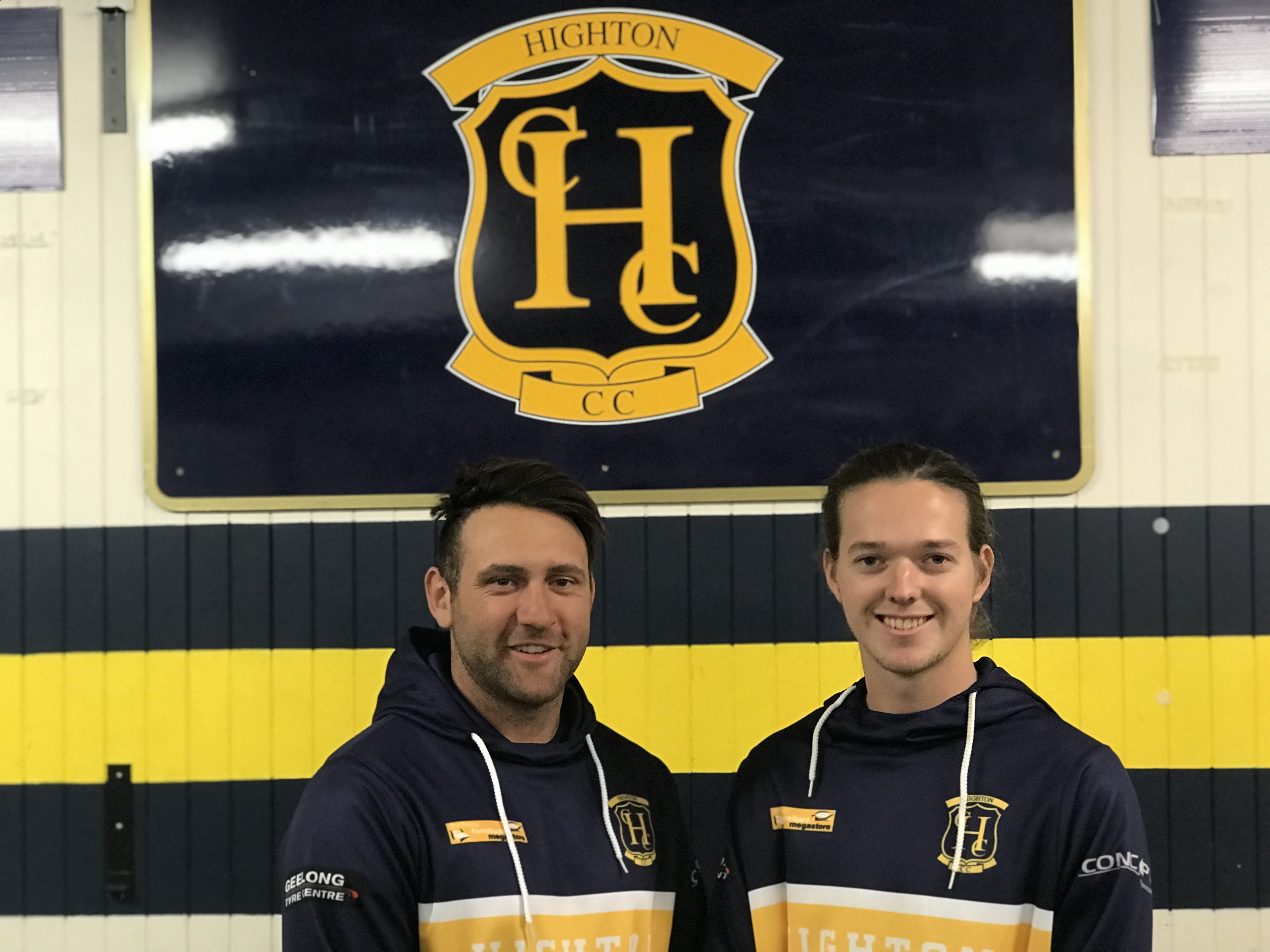 Ross and Murrell Take the Reigns At HCC

By Josh ConwayJune 8, 2018General
No Comments

The Highton Cricket Club executive is excited to announce that Brandon Ross and Hayden Murrell will take over as co-coaches of the HCC for season commencing 2018/19.

Both players are have been in the HCC system for several years, and are already immensely respected and integral members of the Highton Cricket Club and the First XI. The pair take over from Brad Scown.

Ross, 26, has been a mainstay of the First XI bowling attack since crossing from Hamilton and District until injury curtailed his 2017/18 summer. Before that, Ross blew the competition away with his pace and the wickets that followed.

Murrell, 21, is an up and coming star of the competition and like Ross, an important seamer in the HCC First XI. Hayden showed his resolve and passion for the club in taking six wickets in the Heat’s Grand Final defeat to Newcomb & District in 2016/17.

HCC executive member Kris Gretgrix said the duo signing on is an important step for the club to get back into the GCA2 1XI finals series, which we missed last season.

“The structure is exactly the direction we need to head to continue developing our young cricketers, by building a culture based on mutual respect, collectiveness and a desire to win,” Gretgrix said.

“We welcome these two fine men on-board for the coming years and are excited as to what the future holds for our young playing group.”