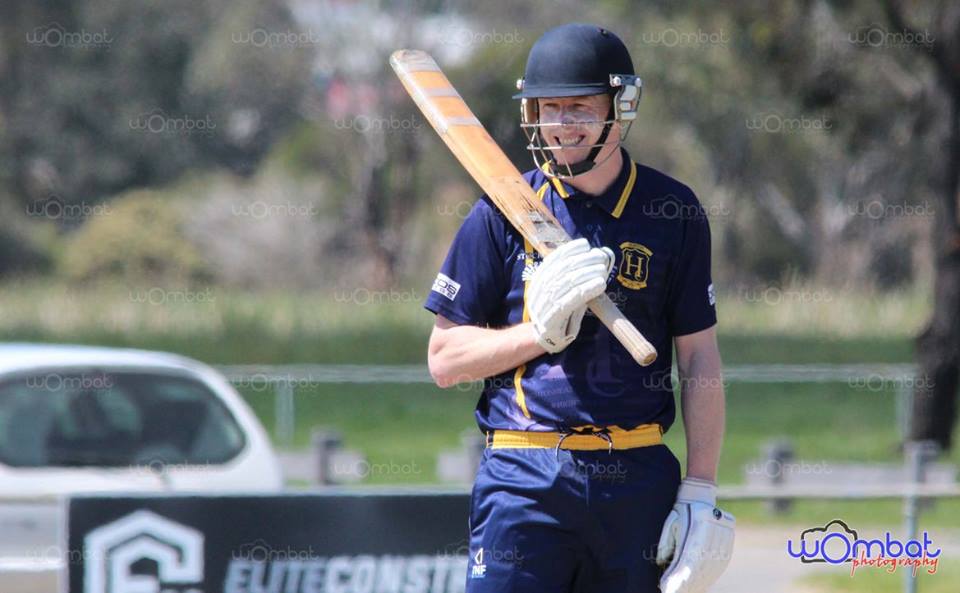 By Josh ConwayMarch 2, 2018Seniors
No Comments

This Saturday against Bell Post Hill, Luke Daffy will join a select group in playing 200 games for the Highton cricket club. Luke has played 158 of those in the First XI having made his debut aged 15 for the First XI in 2001/02. He has captained and coached the club in more recent years, and has been a respected figure and leader in his time at Highton. This is his career, in his own words.

“I’m proud of the fact I can now say I’ve played 200 games, and appreciate the fact I’ve played all those games for the one club. I’m honored I’m able to do that and there’s some guys at the cricket club who have done it and been there for a long time, so it’s nice to be in the same group as them.”

On the Highton Cricket Club..

“I’ve spent pretty much my whole life growing up there, and getting to know a lot of different people that have come through. At lot of the same people who were helping run the club are still there and I get on with them a lot, and the people you meet help to make you who are you as well so it’s great being a bit older to get back and help them out. I’ve never thought about leaving. It’s a good spot to grow up and meet people, and probably grow up yourself a bit too”

On being a one-club player..

“I’m pretty proud of that, for sure. I think now in local footy and cricket, it seems less blokes stay with the one club and it seems loyalty is a bit harder to have. So I’m proud of that fact and something I appreciate.”

On his proudest moments at the Heat..

“I take a bit out of coaching, and what happened in the last couple of years in terms of building a side and being able to win club championships as coach, and develop some kids as well and put together a squad that made it to a Grand Final. It’s a nice reflection that some of the stuff I was doing had a contribution towards some guys.” 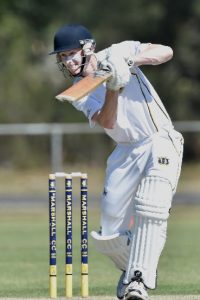 On the tough moments..

“Obviously last year was a disappointment to get to a Grand Final. That was my first Grand Final since I was 15- to lose that was disappointing. I’ve loved my time at Highton, even when there’s been some difficult times. We played a year in Division 1 where we didn’t win a game. From 16-18 I played in sides where we struggled to win a game, and often involved in trying to defend outrights so it was tough. I was probably playing games I didn’t deserve to be playing”

“I’m proud of the fact I can now say I’ve played 200 games, and appreciate the fact I’ve played all those games for the one club”- Luke Daffy

It (playing in Division 1) was probably one of the most enjoyable years I’ve had because the guys we played with were really close, and that’s sort of the reason you keep going back and playing, because of the mates you make along the way. The biggest thing I got out of it was the importance of being as close as possible as a team. We had some really tough times, but we were a close group and we worked together through it. Some of those guys now are a lot older than me but I’m really close friends with and I think that’s a result of actually working through periods like that”

On his current form..

“The last three of four years I’ve understood my game more. I think as you get older it’s natural you understand yourself a bit more and how you play, and that’s been the biggest thing and having a really good understanding of where I score when I bat and where my scoring zones are.”

On his future goals..

“Not so much the ton, I’ve had plenty of opportunities- but a flag is definitely the reason you keep playing. Last year makes is more at the front of your mind because it was so disappointing, but that’s the one thing if my career was to finish tomorrow that I’d be disappointed I don’t have.”

On the best player he’s played with..

“The 12 months I saw Shannon Young bat, he was the most accomplished player I’ve seen at Highton. He was unique, what he viewed was before what we see now in terms of the T20 stuff. Most talented and most exciting to watch definitely”